We’d been tasked with reinvigorating AEG Powertools’ name. After some research, we found that when tradies actually tried AEG tools, they were surprised by their power.

Matthias Schlitte is a German arm-wrestling champion with an unexpected advantage: he was born with one arm twice as large and powerful as the other. This unexpected power made him the perfect spokesperson for AEG.

Via an integrated campaign, Matthias and AEG became a hotly shared duo amongst our target market of young tradies and helped revitalise the brand. The video received over 800 000 views and the campaign was AEG Powertools’ most successful EOFY promotion. 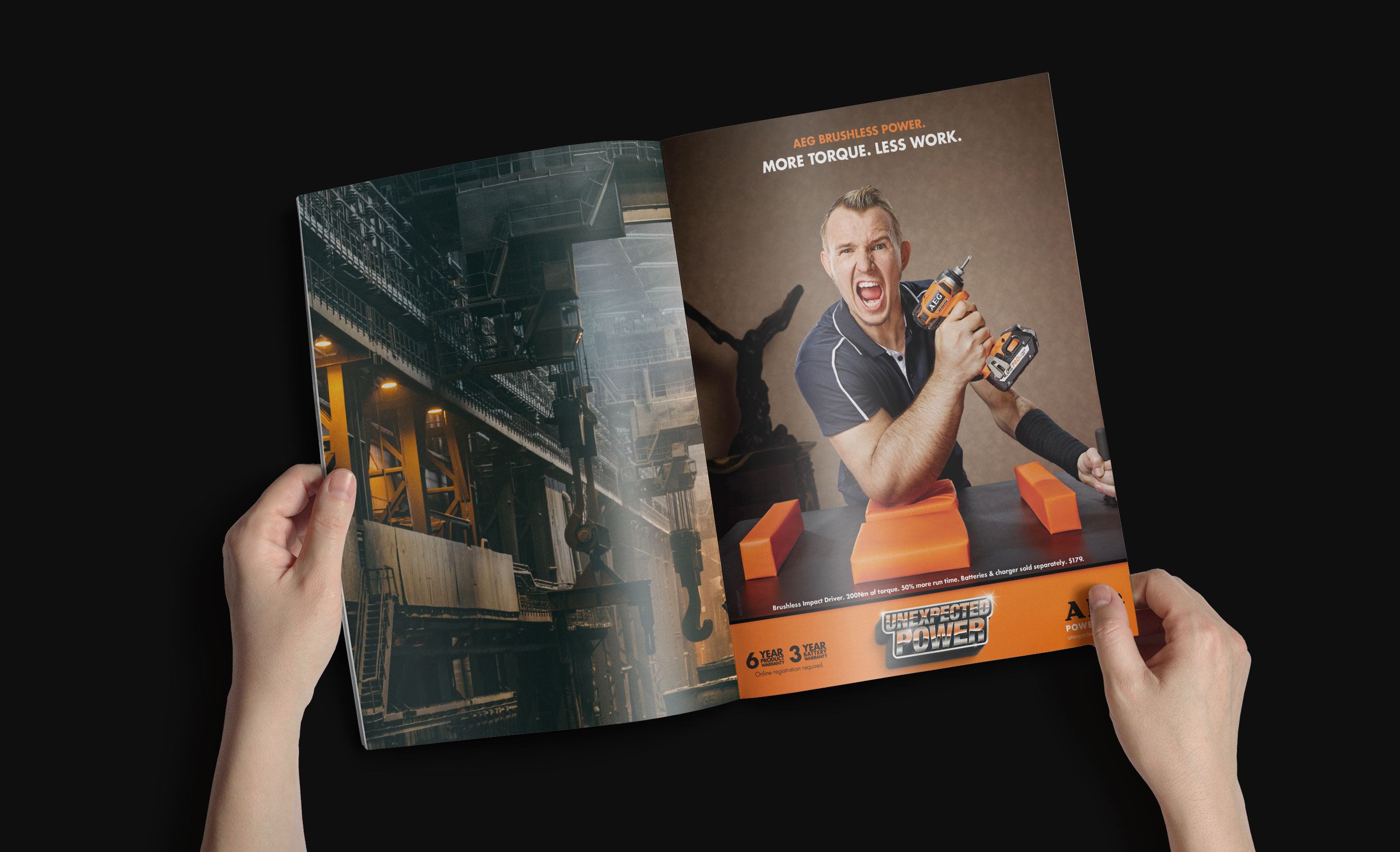